The power of a clear message 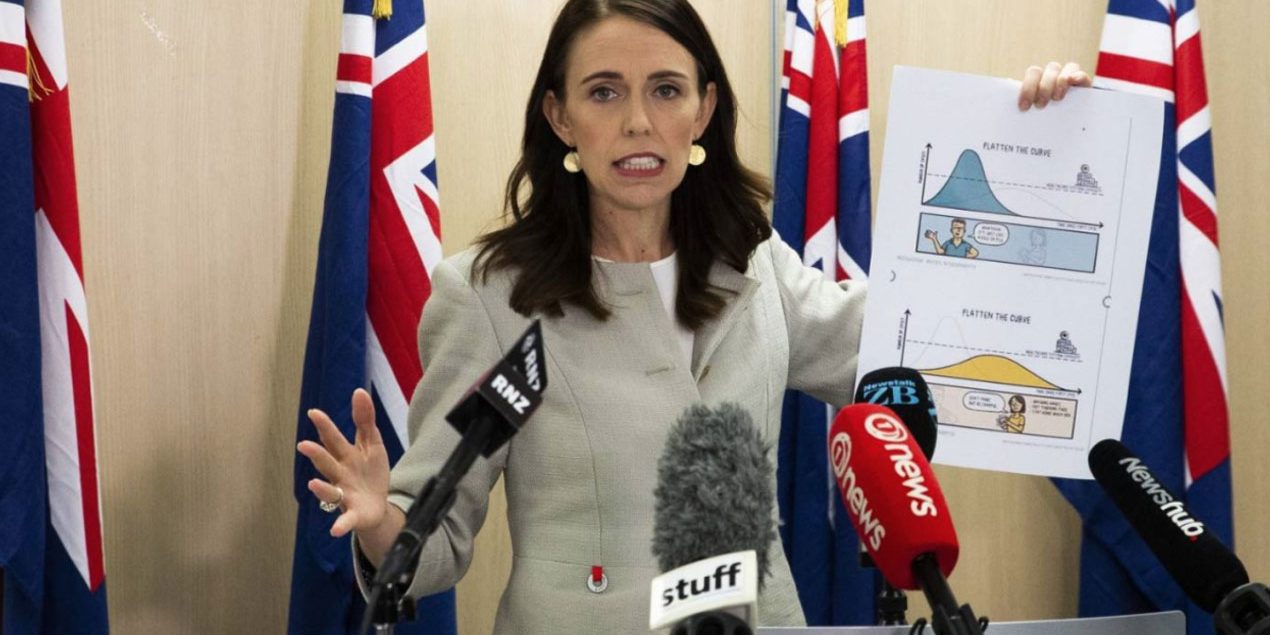 As our world leaders take the stand and announce policy on how they plan to help slow down and contain the Corona Virus, we start to see just how important clear and connected communication is.

I was interested to compare the impact of each of the countries leaders as an exercise of evaluating the speaking prowess of the individual.

Now, we all know that every talk has ONE main agenda – to impact an audience in a particular way. Some of the more common ones for governments is to instill confidence in their leader during a crisis or disruption, clarify a stance, decision or policy and allay fears or doubt.

With the COVID-19 throwing nations into unprecedented waters, our leaders have a big role to play. They are more than ever, going to be held accountable and placed under the microscope, at every turn, for the fate of the nations health, economy, safety and harmony.

How would you approach this task should it be you at the helm?

I have reviewed Donald Trump, Scott Morrison and Jacinda Ardern based on their effectiveness as speakers and provide my feedback below.

You can listen to Donald Trump’s address to the nation HERE.

Clearly, it was read off a teleprompter to safe guard against mincing words and to ensure every point is covered. However, the lack of vocal variance and the monotone delivery can dehumanise the message. In this case, it certainly did and the effect it had on me was to make it very hard to listen to and take in all that was said. Everything was delivered the same, nothing stood out, and no particular point was emphasised to be of higher importance. This is a huge failing right there. If it were me, certainly some key messages like healthcare, the elderly, small businesses and social distancing should have jumped out in the least.

Whilst the serious nature of this announcement calls for a tone of authority and stately confidence, it is a fine line to how you achieve this. The cost of being too rigid, straight and serious is that it disconnects you from your words and you risk losing your audience. Whereas being a little more embodied in the message and present to the words spoken keeps your audience highly engaged, leaving them feeling you are speaking just to them.

When we think about a speaker, we think about how they make us feel. Do we trust them? Are we confident in their leadership and message? Are they congruent, clear, and do they cut through? Impact is made by touching senses and impacting emotions. The speaker must always have a plan of how they wish to leave their audience feeling. And that includes, the emotions they wish to trigger and those they don’t.

If I could sum up Mr Trump, he was confident and I have no doubt he is taking the matter extremely seriously – now. However, he sounded flat and disconnected from his words as if merely rattling off each point one by one. This was because it was read and not said. His voice had no variety, ironing out any possible emotion that could have lifted his message and have individual elements stand out. His pace was static, unvaried and very predictable – a sure fire way to send your audience off into la-la land. His pace increased slightly towards the end but only because he started to get in the flow of reading the teleprompter (he sped up unknowingly). This added to the lost impact I was already feeling. He used long phrases instead of punchy, bite sized take aways that make it easy to remember the key messages. And there was no vocal stress or emphasis to itemise points, everything was delivered in the same energy and I found myself thinking about items to put on my shopping list and whether or not I should start to hoard canned food! Adding to his rigidity, his hands seemed to be glued to the desk, keeping him stiff and contained (excuse the pun). What do I remember from his speech? Well, I do recall a mention of shutting borders but as for anything else ….?

Jacinda Ardern, New Zealand’s Prime Minister, took the stand in her usual forthright and warm manner. You can listen to her announcement here . She commenced by stating her intention to announce the changes and decisions that have been made to contain and prevent the spread of COVID-19 throughout New Zealand. Then she stated “But firstly I want to provide the context for our decisions”.

This is ‘inclusive’ language. Setting the scene by providing some background and explanation, speaks to the lower education and socio-economic groups. It provides an opportunity to lay the foundations for your argument, which in turn increases the understanding of the issues that have led to your decisions. This assures the likelihood of a favourable response or uptake to your policies. When people understand the reasons behind actions prior to hearing the action, they are far more likely to be open minded and receptive.

She led with a strong statement “we must go hard and we must go early”. This was repeated several times throughout her message, reinforcing a very clear and simple statement, that everyone can easily reiterate, tweet, quote and parrot.

She outlined early in her speech what NZ has done right so far in its management to try to contain the spread of the COVID-19, as a sign that people can have confidence in her leadership. She used visual aids, keeping people engaged and helping visual learners better understand her point. And then she referred to the graph and clearly stated that the goal is to ultimately flatten the curve . Everyone could see the steep and flattened curves. Without words, the message was strong. A few moments later she repeated those exact words – “Our goal is to flatten the curve”. BOOM!

From a speaking point of view she has eloquently used technique to make her message understandable to all people and extremely clear. She pre-framed the information so that it supported the approach of “going hard and going early” that she later announced. Her use of visual aids communicated the message superbly. Her use of ‘repetition’ of the punchy key messages was remarkable, making her leadership appear strong and confident.

As she moved into announcing the policies at 2.50secs, she adjusted her pace and slowed down – a technique that when used well, tells people “listen up guys”. She commenced:

“As of Sunday [pause] everybody returning to NZ will …” and then proceeded to lay down the directive. There was no doubt as to the date when this was to be implemented and there was no question of who it applied to. To ensure she was clear, she punctuated the message again in her conclusion by restating one word – “everybody“.

A good orator is pointed and impassioned.”

And then we heard Scott Morrisson speak. Lets just call him Mr Calm – Mr too Calm!

His tone was warm and extremely relaxed, in a “I’m your mate, I won’t let you down” kind of way, a casualness that just felt inappropriate for such a serious global issue. Sure, he clearly intended to allay fears and panic, but to be so flippant risks provoking the fear you wish to reduce (given we have just come through the bushfire catastrophe and his leadership left a lot of us nervous and doubtful).

Credit must be given where it is due and his formula that broke down the complexity of the issue into a 3 step plan was excellent. People love steps! People love 3 steps! People remember groups of 3 more easily than any other number.

An excellent start to notify people that the government have reduced the issues to 3 key areas, making it manageable, and easy enough for everyone to understand the focus. Well done!

However the casualness was just weird! Whilst he embodied his message, the message was wrong, being almost aloof to the seriousness of what lies ahead. Added to that, was the incongruent behaviour that followed. Without going into a debate about the decisions, a speakers conduct and behaviour must model the words. Is it just coincidence that the cancellation of non essential mass gatherings would be implemented AFTER the first game of the season of his ‘beloved Sharks’ team? How can we have confidence in his ‘containment policy’ and ‘social distancing protocol’ when he notified the nation in this same address that he will be going to the footy on the weekend? It spoke ignorance and arrogance in such circumstances. Leadership is not just about the words you say but also about the energy, mindset and actions you take that embody the message you are conveying. I wondered if we could expect to see him jump on the next flight to Hawaii for some R&R?

Coupled with the knowledge that Home Affairs Minister, Peter Dutton, has tested positive to COVID-19 and Mr Morrison was photographed in close communication with him days before the diagnosis when parliament met. Mr Morrison maintains it is not necessary for him to get tested! And he’s still going to the footy!

I’m sorry Mr Morrison, you say one thing and do another. That is lip service because your actions don’t follow your words.

Furthermore, Morrison omitted the use of visual aids, however in a follow up announcement the following day, an after thought no doubt, he produced a chart showing the outbreak curve, that had been shown by Ms. Ardern. Given this is the key focus in the containment strategy of all nations, it would be prudent to refer to don’t you think? It’s about ensuring the narrative and focus is consistent with other nations and with what the experts are saying. Come on Mr Morrison!

Still, there was no punchy key message, nor was there a phrase that captured my minds eye to offer comfort or confidence in the days beyond the announcement. That, for me, is an opportunity lost.

The success of your presentation will be judged not by the knowledge you send but by what the listener receives.”

I invite you to listen with your ‘speakers ears’ switched on.  What impression did each leader have on you? How did they make you feel? How well did you understand the key points of each message? How confident do you feel in their leadership?

This is a great exercise to undertake to build your awareness of what is at play when you speak. Not only do your words carry meaning, but your delivery is critical to land your message how you wish it to be received. It is about the energy and mindset and behaviour which embody the message you are conveying.

Sam Buckingham is a Speaker Trainer, Coach and Public Speaking professional. She coaches executives and business owners in powerful communication and presentation skills.

If you wish to learn the skills to become a powerful and persuasive speaker, book a time to chat with me here.

OR, you can join my Success is this Way – Confident Speaker program here.

News & events
Any questions? Contact us!
Go to Top